We built a stereoscopic VR-rig to capture left and right images with 2 cameras, of Nikon D90. after some tests - we have created the Madurai-Meenakshi Amman Temple 3D (360)VR virtual tour, along with 25 Nos. of stereoscopic (3D)360degree images of the temple are gives the complete immersive experience to the viewers.

Rig: Custom made, based on the requirement for project to acheive the 3D VR. 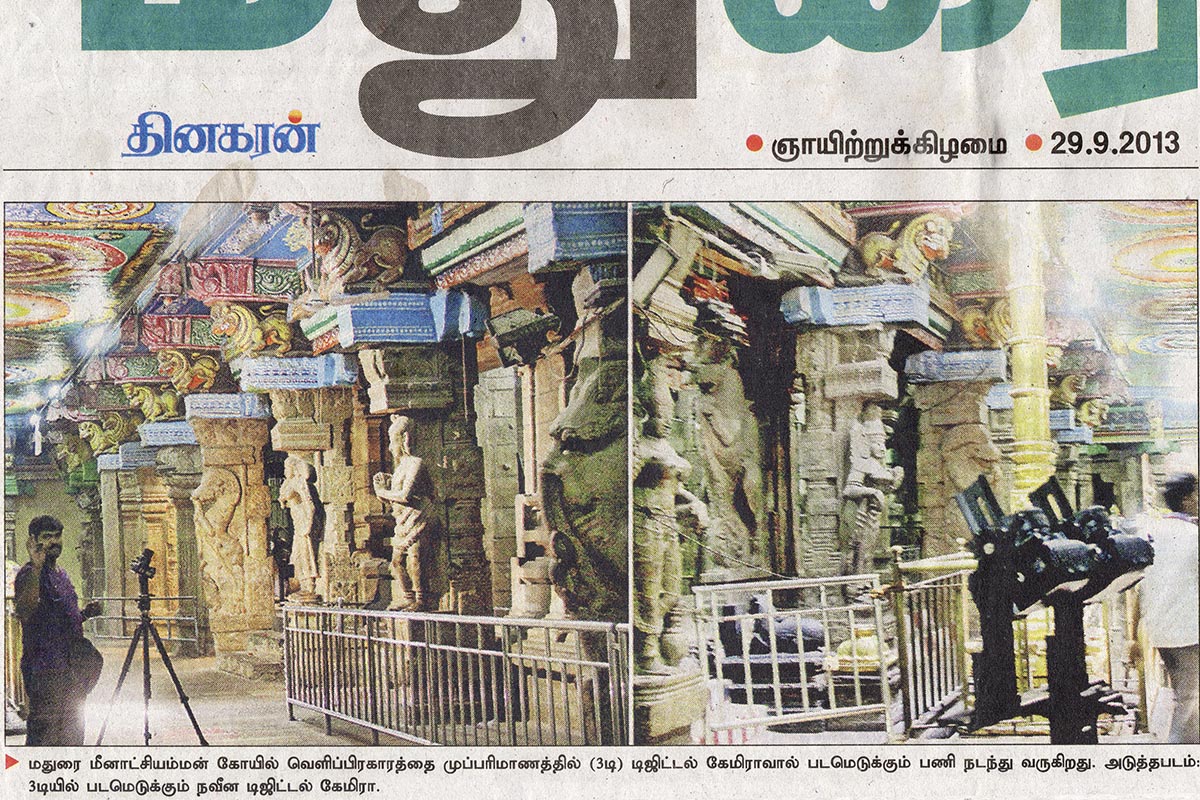